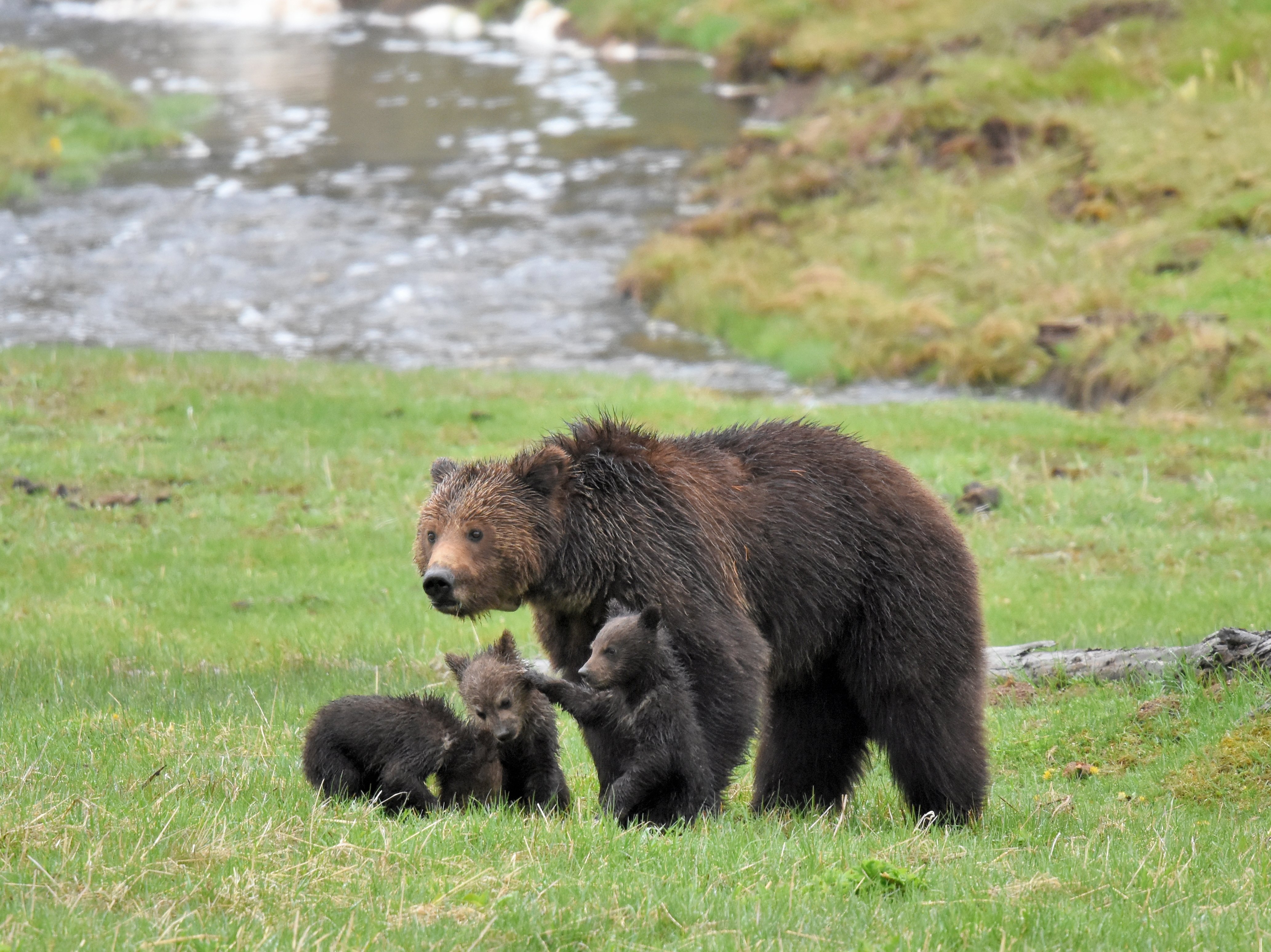 One of the highlights of visiting Yellowstone National Park is watching the wildlife move about in their natural setting. Spring is especially magical with newborns playing alongside their moms, giddy with new life. The park is less crowded in the spring, which makes it a nice time to leisurely make your way through. You’ll definitely see the more common animals such as bison and elk; but if you’re diligent, (and an early riser) you have a good chance of seeing bear, moose and even the elusive wolf. Stop at the local visitor center to find out where the most recent activity is taking place.

Since pre-historic times, a continuously free-ranging bison herd has lived in Yellowstone. Bison calves, fondly called “red dogs,” received the nick-name from early park visitors who thought the calves looked like cocker spaniels. Whatever the source of the nickname, they are cute as can be. Bison are generally found around the North Entrance near Gardiner, Montana and in the Madison, Hayden, and Lamar valleys. Keep in mind, bison may move slow, but they easily riled and will charge you, so keep your distance.

Black bears and grizzly bears both live in Yellowstone. The cubs are born mid-January and early February but don’t emerge until a couple of months later. Spring is your best chance to see them, they will move to higher elevations as the summer heat sets in. Black bears are more common, but there are over 500 grizzlies in Yellowstone, so there is a chance you’ll see one. Bears tend to be hungry when they emerge and often converge in certain areas with a lush food supply. Watch for closure signs and respectfully stay away. Black bears are mainly found at Tower and Mammoth, while grizzlies are more common between Norris and Canyon, Yellowstone Lake, and Hayden Valley.

One of the largest herds in the united states, 15,000 elk make their home in Yellowstone National Park. Elk move in big herds led by older cows with their calves and yearling (spike) bulls. Bull elk are mainly solitary except during the fall during mating season when they become aggressive, often battling one another for the attention of females. Elk are easy to spot, although they migrate to higher elevations in the summer. Baby elk are vulnerable and spend their first few weeks often bedded down by their mother. Beginning May or June, you’ll easily find them at Mammoth Hot Springs and in the town of Gardiner, Montana, just outside the park.

Moose are the largest animals in the deer family and spotting one is thrilling. Moose are mainly found in forested areas and willowed flats. They love water and can swim for miles. Although they are solitary animals they very protective and dangerous, particularly females with their babies. Keep a long distance from moose, they will also charge you.

These majestic animals are recognizable by their large, curled horns which can weigh up to 30 pounds; more than all of their bones combines. Bighorn sheep are some of the most social of the big game animals, often leisurely grazing along roadsides. Lambs are often born on high, secluded ledges but can walk soon after birth. You’ll be amazed at their speed and agility moving across rocky hillsides. You’ll find them in the Tower area, and in the Gardiner Canyon near the North Entrance to the park.

Wolves were reintroduced in 1995, and since then the population has grown to 13 packs of more than 370 wolves. Pups generally arrive in May and emerge from their dens 10-14 days after birth. They are very elusive animals, so watching for them takes patience. They are most active in the very early morning and late evening. Look for ravens on an animal carcass and you may see a wolf come to eat. They are located in the Lamar Valley, so stop at the Albright Visitor Center in Mammoth Hot Springs to check on the latest activity.

Keep in mind, these animals are truly wild and are not safe to get close to. It’s recommended you stay 100 yards from bears and 25 yards for other wildlife. In the park, it’s actually prohibited to get any closer. If you cause an animal to move, you’re too close. Always carry bear spray if you are walking or hiking in bear country. 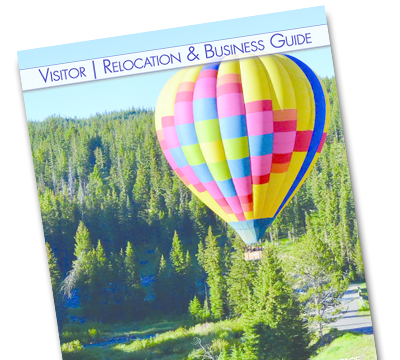