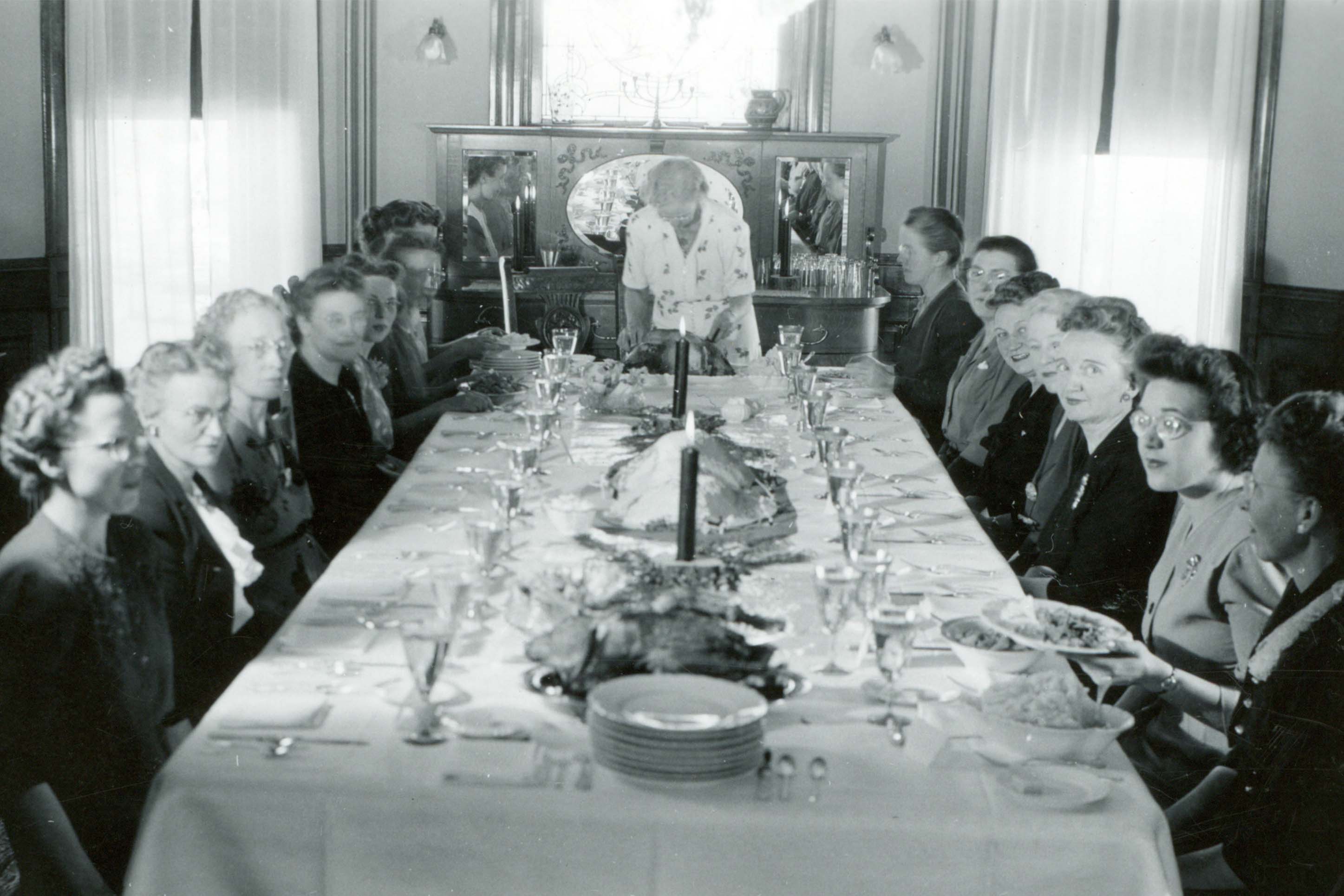 Women Who Made Bozeman History

Photo: Julia Martin and guests at one of her annual

In its founding days, Bozeman, Montana, was not an easy place to be a woman. For one thing, there weren’t many women who lived here. Men were known to settle in Bozeman, then travel back east to find a bride and bring her back to Montana. And, with the long winters and lots of snow, Bozeman wasn’t for the faint of heart. Nevertheless, the women who made a life in Bozeman were tough. We spoke to Rachel Phillips, Research Coordinator at Gallatin History Museum, about some of the more notable women in Bozeman’s history.

On South Grand Avenue in Bozeman, the Martin family owned a big house. James Martin, the father, was a banker and businessman. Julia Martin, his daughter, never married and lived in the house for decades. In the 1940s and 50s, she rented out rooms to female staff and faculty at the college. She was well known for hosting Thanksgiving dinners for females from the college who didn’t have anywhere to go. The people who own the house now have kept up the tradition of hosting events and letting people stay there over the years.

Louisa Cousselle was one of several madams in Bozeman early on, operating out of the red-light district, primarily centered in the block between Main and Mendenhall and Bozeman and Rouse. We can see from Sanborn Fire Insurance maps, which are done periodically for the fire department, that there were quite a few brothels (called female boarding houses) in that area. Three madams were pretty well known in the late 1800s and early 1900s when the red-light district was thriving. Louisa Cousselle was one of them. Like other madams, she was quite successful and owned many properties, but she was also very philanthropic. The Bozeman Daily Chronicle reports, “Cousselle loaned out money at 2½ percent interest — 2½ percent a year to a poor family, 2½ percent a month to middle-class people and 2½ percent a day to rich men like Nelson Story. If someone didn’t pay up, she didn’t hesitate to sue.” 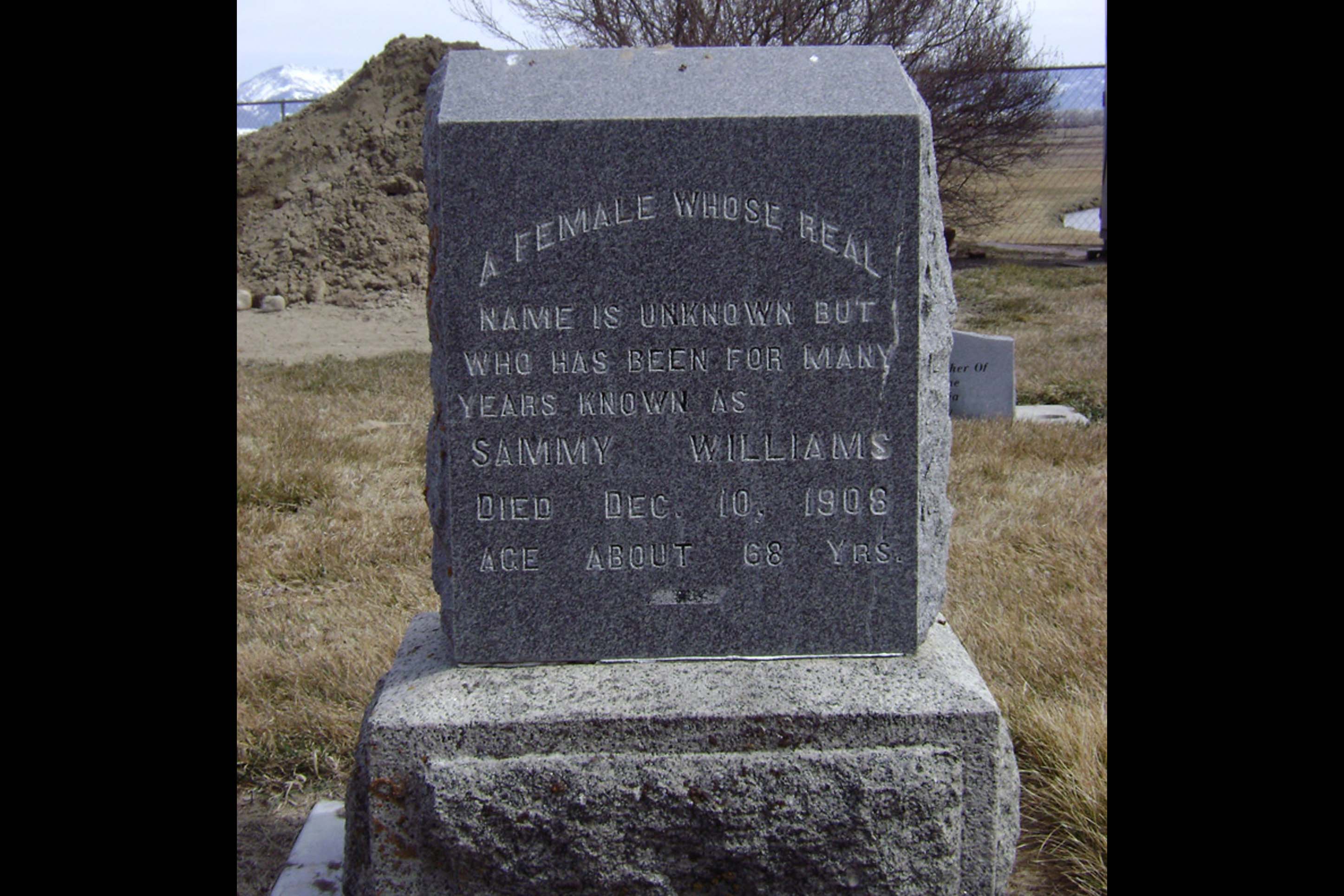 Sammy worked as a cook for many of the ranches in Manhattan from the 1890s-1908, and the whole time, everyone thought she was a man. She dressed as a man for most of her life, and only after her death they discovered she was a woman. They didn’t know her real name, so when she was buried at Meadowview Cemetery in Manhattan, MT, the town purchased a headstone that reads, "A female whose real name is unknown but who has been for many years known as Sammy Williams." Her family immigrated from Norway and settled in Iowa, but there is debate about how she ended up leaving. One story was that she was engaged, and her future mother-in-law broke it off. In grief, Sammy took off, dressed as man, and cooked in logging camps and ranches in the Dakotas, and then Manhattan, MT in the early 1890s. She eventually owned some property south of Churchill, MT, near the border of Gallatin County.

Sacajawea, a Shoshone, was taken as a child by another tribe. Lewis and Clark and the Corps of Discovery brought her and her husband from Mandan, North Dakota, to act as valuable guides since she knew the area. It was near the Missouri Headwaters State Park in Three Forks, where she was reunited with her brother and able to meet back up with her people.

The founder of Audrey’s Pizza, Audrey Anderson was married, but her husband died on their honeymoon. She came to Bozeman in 1960, purchased a pizza restaurant, and ran it for several decades. Many local high school and college students worked for her, and as an employer, she became known as a mother figure. She was still making her pizza well into her 80’s. The original pizza restaurant was located across the street from the Cateye Café and eventually moved to where the Cateye is now. Audrey’s Pizza recipes live on with the current location and new owner on North 7th Avenue. 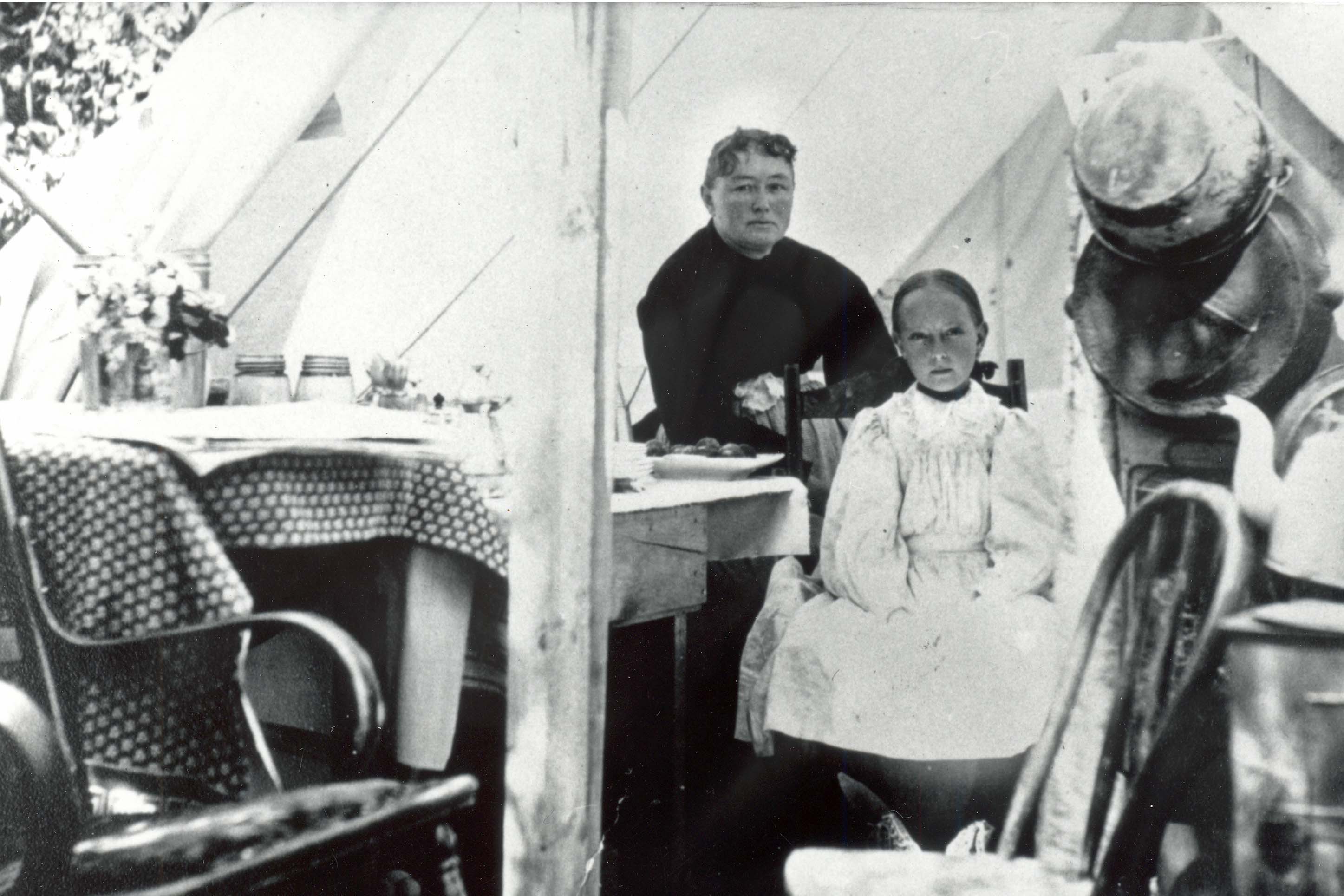 Sarah’s husband, William Tracy, was one of the early settlers in the 1860s. Tracy Avenue was named for him. At the time, many men traveled back east and returned with a wife, which was Sarah’s experience. She married William when she was likely 17 and came out with him to settle in Bozeman. There were very few people, few structures, and very few women at that time. When she arrived in Bozeman, they stayed at one of the early hotels on Main Street, and being one of the only women, they had a big dinner. According to her diary, "When supper was served a little later...every stool around the two long tables was occupied - Mrs. [Sophia] Guy, Mrs. [Ellen] Story and I being the only ladies. It did look somewhat like curiosity...I wonder if they thought Mr. Tracy's investment was a good one." She was quite popular for a while, being one of 4 or 5 ladies in town at that time. She later recorded her experiences of going through Yellowstone National Park. Sarah stayed the rest of her life in Bozeman.

About Gallatin History Museum: Located in the former county jail building, next to the courthouse on Main Street, you’ll find exhibits, artifacts, photos related to Bozeman’s history, and the jail itself. If you are interested in research at the museum, scheduling an appointment is encouraged. You do not need an appointment to visit the museum. For more information, contact Rachel Phillips, Research Coordinator, research@gallatinhistorymuseum.org, or call (406) 522-8122.

What Does "Only In Bozeman" Mean?

Bozeman, Montana has become a huge vacation destination for people looking for an adventurous...
Read More

How to Have the Perfect Vacation to Bozeman

Bozeman, Montana, has seen an explosion of growth in the past decade, attracting both new...
Read More

Exploring The Market at Ferguson Farm

Bozeman's west end is turning into quite a hub for dining and retail, and The Market at Ferguson...
Read More

Bozeman flew under the radar for many years as a destination mountain town. There were a few...
Read More