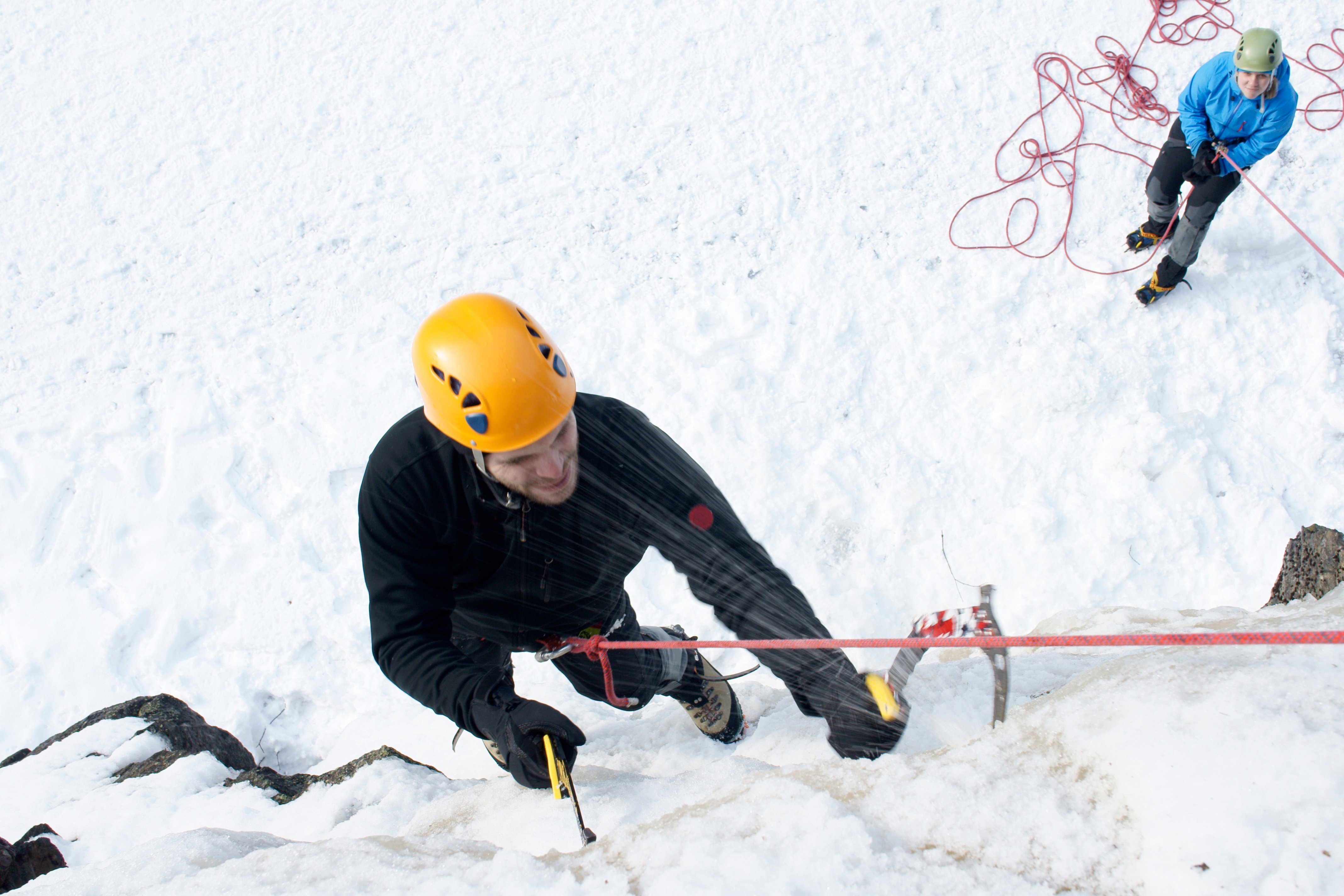 Ice, Ice Baby: An Inside Look At Ice Climbing In Bozeman 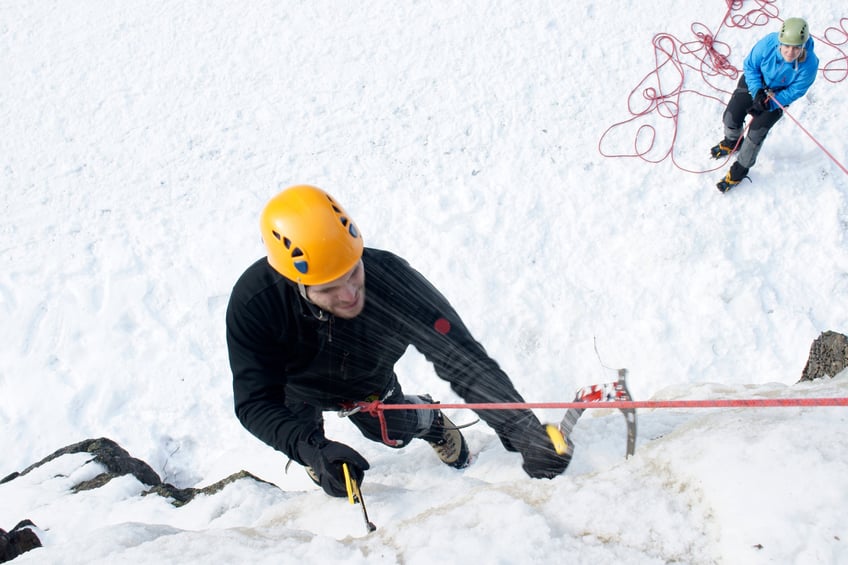 Ice climbing in Bozeman is gnarly, to say the least. But those who love the sport have a very different perspective and Bozeman is full of them. I sat down with Cameron Lawson, a 32-year veteran climber, to understand more about the love of such an intense sport.

I cut right to the chase.

“What’s it like to ice climb?” I asked. Lawson started, “Its pretty exciting because you claw your way up the ice using sharp, pointy tools. Without the specialized equipment, passage would be impossible.” (For those unfamiliar, these are temporary places to cling, grip, jam, press or stand while climbing.) He goes on, “In ice climbing, you have ice tools and crampons and you can climb up wherever you want to go. With the melting and freezing process, your passage can be frozen over, so you’re starting fresh again each time.”  He also talked about focus. “You really have to focus— your world is very small. I like any sport that requires that kind of attention,” he said. But Lawson also says the surrounding beauty, and the companionship of his climbing partners makes it a fun wintertime sport.

Bozeman is home to Hyalite Canyon, which has the reputation of holding some of the best winter ice climbing routes in North America.

I asked Lawson what makes Hyalite such a unique and desirable ice climbing location, “First of all,” he says, “there are a lot of different climbs to choose from; beginner to complicated, it’s a whole spectrum. There’s also a bit of exploration to get to the climbs, especially the more obscure ones where you have to bushwhack through the forest. Also, our season is pretty long and Hyalite is fairly consistent. The elevation makes it colder so the ice usually lasts from November until mid-March when it gets sun affected.”

Simply put, Hyalite has a lot of ice. “Some of it you have to sniff around for,” Lawson explains. You get into the forest and it’s hard to see the ice climbs. In Colorado or the Canadian Rockies where there is less forest, you get out of your car and there is the climb. Hyalite is more of an adventure. Sometimes you don’t see tracks and you have to break trail, but it takes you to a new climb you haven’t been to before.”

Lawson talks more about how the area gained popularity. “There were some really incredible climbers in Bozeman: Alex Lowe, Conrad Anker, Joe Josephson and Jack Tackle, to name a few. They were putting up new routes.” One of these being the classic Winter Dance, of which Alex Lowe and Jim Earl made the first ascent. Lawson describes it in one word, “Impressive.”

I asked Lawson what he recommends for climbers new to the area. “People usually go to G1 and G2, the Unnamed Wall and the Amphitheater— these have the shortest approaches to the climb. G1 has top rope,” he said. (Meaning, the rope goes through an anchor system.) “This is a good beginner spot because you can have a belay.”

Another thing putting Bozeman on the ice climbing map is the Bozeman Ice Festival. “It’s spectacular,” Lawson says, “they have clinics, so if you are new to ice climbing and want to try it out, it’s a great time. Plus, there are great demonstrations. He goes on to describe watching the athletes, “They are poised on a tiny ice pick and have to keep tensions throughout their body to keep the pressure on the holds. You have to be limber and incredibly strong,” he says.

The festival rounds out with movies and social events at the Emerson Cultural Center, and artificial ice walls at the Fairgrounds. “It’s a great event for everyone to get together and just have fun,” said Lawson.

Asked if he had any last ice climbing thoughts to share, he says, “It really is beautiful, just walking up to the climb, looking at the light, the sky and the trees. It’s quiet, you can really be in the wilderness hearing the creak of your boots in the cold snow and breathing crisp air…it makes me feel really lucky.”

Tags: Winter
Back to Blog

Skiing and Bozeman are like peanut butter and jelly. In the early 70’s, serious skiers discovered ...
Read More

Hockey In Bozeman With The Bozeman Icedogs

Hockey lovers get ready; hockey season is in full swing and the Bozeman Icedogs are off to a...
Read More

"Skating was the vessel into which I could pour my heart and soul." -Peggy Fleming A long-beloved...
Read More

Bozeman is world-renown for its ice climbing, especially in Hyalite Canyon – a short, 25-minute...
Read More