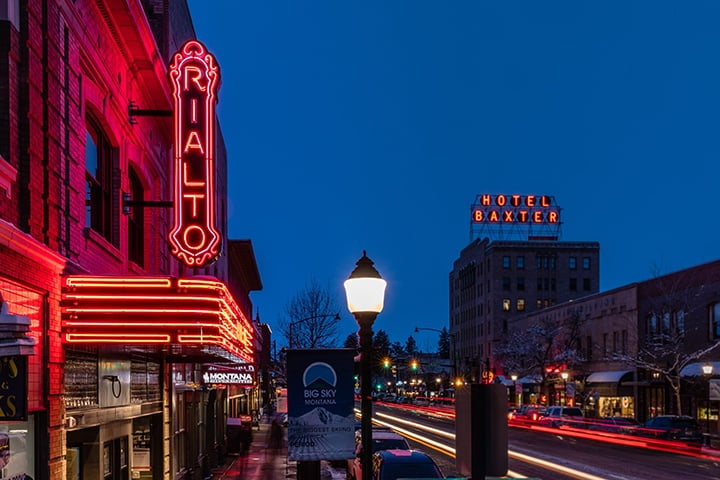 When word got out that the historic Bozeman Rialto Theater was once again coming to life after over a decade of sitting vacant, it started quite the buzz. During its heyday in the roaring twenties, the theater started with silent film, eventually bringing documentaries, feature films and classics to the mix. The Rialto was known as the “grittier” theater, in contrast to the much larger Ellen Theatre, across the street. Truth told, both theaters had their own niche and Bozeman was all the better for it. 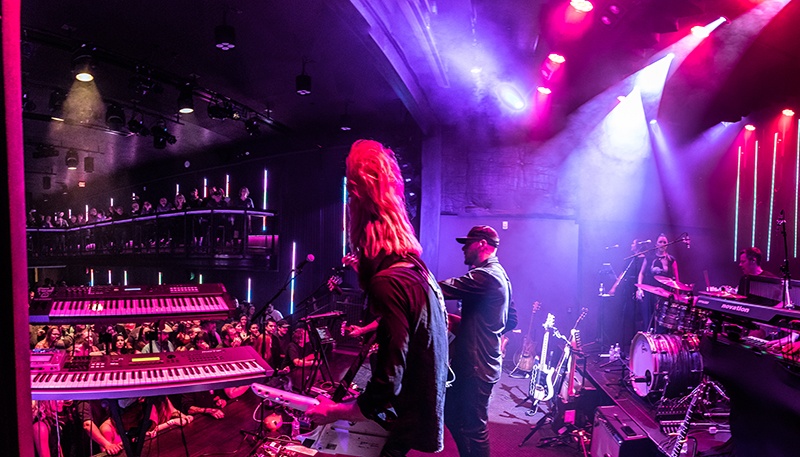 Today, the bustle is back, and it’s better than ever. While it still set up to accommodate films, the theater has been transformed into a multi-use space, perfect for music, film, theater, art, culinary experiences and events. “We wanted to bring it back to life,” said Erik Nelson, of THINKTANK Design Group, the architects of the project. “We saw it as a way to do something good in Bozeman, to give back to the community by adding to the cultural inventory.”

When the recreated art deco marquee lit up, it was evident they had achieved their goal.

Before it became a theater, the space where the building now sits was the location of a peanut stand. In 1908, the building was erected, first as a storefront and a United States Post Office, and eventually becoming the theater. Today, the box office still sits front and center on the street reminiscent of its origins, but once inside, it has been transformed.

The Black Box, is the heart of the theater, comfortably holding 400 people. The space is clear of traditional auditorium chairs allowing for a multitude of events, everything from intimate jazz, intricate opera, standard movies or a full blown concert. Seating can be arranged jazz club style with a combination of high and low top tables and chairs, it can accommodate large banquets, can be set up as a traditional auditorium, or it can simply be left open with plenty of room for dancing.

One of the first things you’ll notice are the acoustics, which as Nelson explains, are the exact same frequency and volume wherever you are, allowing you to both talk or listen comfortably. No shouting needed in this venue. The lighting is also top notch which has been referred to as “eye-candy” lighting. The colored, LED lights are immersive to the audience, adding to the intimacy of the experience. Film buffs will love the 5.1 Dolby surround sound.

Walk upstairs and you’ll experience the same sweet acoustics, but the vibe is completely different. Centered in the middle of the room is a gigantic skylight flooding the room with a natural brightness. The light wood floors accentuate the light. Doubling as an art gallery, the large walls will rotate local and regional art every four to six weeks.

The room can double as a “board room” accommodating meetings or conferences for up to 150 people with AV, a drop down projector and an integrated sound system; music can be pumped in from downstairs, or you can keep it separate. The wood is restored from the original flooring.

A full kitchen is tucked into one end, and in addition to catered events, plans are in the works for a catered dinner series featuring local and regional foods paired with unique wines.

“Maybe I’ll get re-married here,” my friend said during our tour. “To my husband, of course.”

Back in the day, projection booths were often covered in metal just in case the phosphorus film caught on fire. If this were to happen, you could simply close the doors and run out. (Fun fact; the metal accents in the Light Box are charred from actual fires.)

Overlooking Main Street, the former projection booth has been transformed into a swank cocktail lounge. Serving “low-octane” cocktails, these delicious concoctions are made using spirits, liquors, aperitifs and fortified wines. Combinations such as the “Sake-Wa Honshin,” made with Cloudy sake, currant and ginger pok pok.

The Burn Box is open to event ticket holders, but can also be rented for special events. Catering is provided by Inspired Madness, and from what we tasted, “inspired” is the operative word. 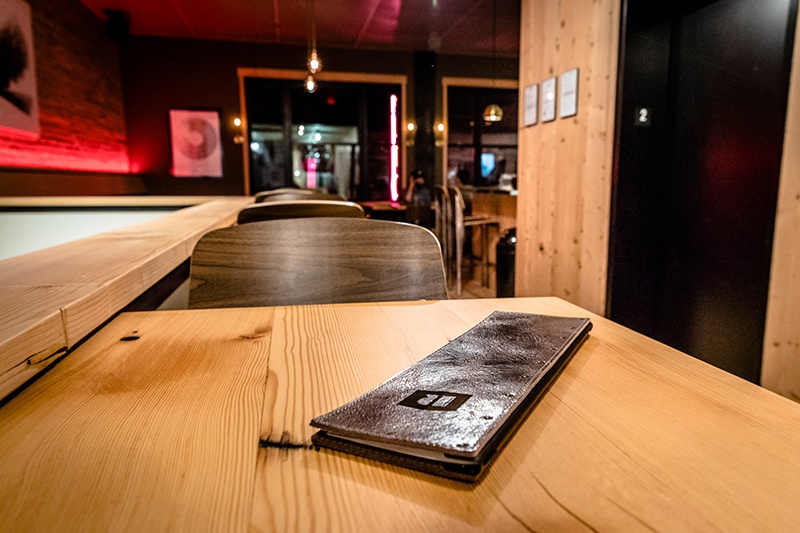 It’s all about the experience

“It’s about the people who occupy the space, the events,” explained Production and Operations Manager Drew Fleming. “It’s very guest-centric. We want to be the hub of art and culture.”

It seems they are off to a roaring start. Shows are selling out and the word is spreading.

“We want to become a place where you buy a ticket because you know it’s going to be good, Fleming” says. “We want you to jump off and do something you normally wouldn’t do.”

Tags: Events, Culture
Back to Blog

Making a Day of It: Big Sky Resort

Spending the day at Big Sky Resort is one you won't soon forget. From the top of Lone Mountain,...
Read More

A lot is happening in Big Sky, Montana. Our neighboring ski community is growing into a premier,...
Read More

Why Bozeman Should Be Your First Choice For A Ski Vacation

Deciding where to take a ski vacation can be overwhelming; with good reason, there are plenty of...
Read More